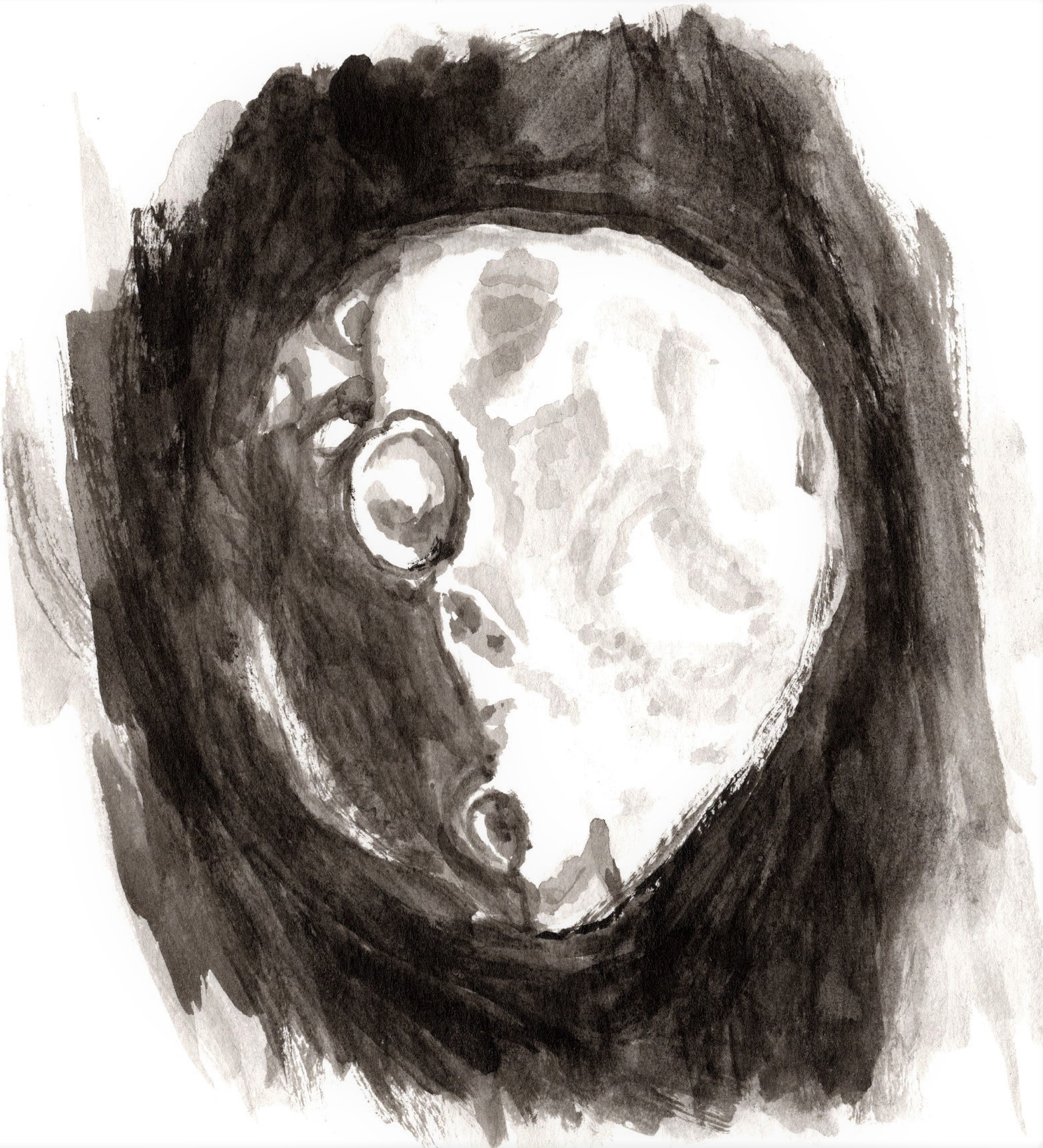 After being physically removed from office I was roughed up and beaten and bound. In the darkness caused by duct tape covering my eyes, I was transported to the loneliest place in the inner solar system. Dactyl prison colony, on the tiny moon that orbits asteroid 243.

There was a military coup in my country and, for the first time in my life, I felt lucky to be low ranking as a government official. It kept a bullet out of my head. Instead, I am the first and only person ever sent to this prison which was shuttered before the building was even completed for obvious humanitarian reasons. I think everyone assumes I’m dead but instead I’m alone on a tiny rock over 180 million miles from home. I’m not even sure anyone cares. That’s the beauty of being childless after a bad divorce.

My only companion here is my giant rock Ida, the planetoid that I orbit. It fills most of the sky. It is close and always present. It’s strange to call a floating rock your friend and partner but that is all I have.This strange pull is what keeps me going even when I’m frustrated.

Last night I dreamed that Ida held me close and whispered in my ear. She told me not to worry and then pushed me with resistance back to my cell and reality. My eyes opened and everything was raw cement and thick glass again. I sat up and looked out the dust covered window of my cell and saw something unusual. I thought I saw a dot of blue light move across the sky and then disappear behind my loving rock. I tried to wipe the glass clear with my sleeve but it just made things worse. Most of the dirt was on the outside. I assumed it was just another asteroid and hopefully not a hallucination.

When I was thrown onto the white surface of this moon by the men who smelled like sweat and cheap cologne, I was left with two orange suits and years worth of food. I don’t think this was an act of kindness but rather a way to prolong my suffering. Lengthen a lonely life.

When I say that the moon is tiny, I mean it. It is less than a dozen city blocks at its widest and made of a dusty white rock that seems to be moulded and then broken several times. This doesn’t give me  much diversity or stimulation. I have nothing for entertainment in the prison. All I have are my memories from home, which are not always great, and the constant and sometimes irritating pull I feel from Ida. For some reason I still shower and shave every morning and try to keep regular sleep hours, though there is no reason. I guess It gives me a meaning and a false sense of purpose.

I suit up and walk outside to say hello to my giant rock. I feel it’s love and irritation. I greet the small dots of light in the distance, asteroids or stars, I usually don’t know unless I see movement..They are the only thing that ever changes.

I go on my daily walk for exercise which includes the strenuous up and then down of a large crater. In too short of time I find myself at the other side of the prison building having completed a circle. I make myself a lunch of whatever food has rotted the least and mix it with a can of something… I wish I had a cup of coffee. This is the excitment of my days.

When I finish doing my dishes, looking out the kitchen window, I see the blue light in the corner of my eye again. The light has grown bigger and is now brighter in the sky. I think of the glass globe fixture that was in my office bathroom in the government building. A bright blue. It is hovering in the sky and casts a spotlight down on the white rock. It is soft and glowing.

Whatever this was, real or not, I know I must acknowledge it. I put on my orange suit and go outside not knowing what to expect…

Dactyl is the first natural satellite to be discovered orbiting an asteroid. At its largest, it measures just shy of one mile in diameter.