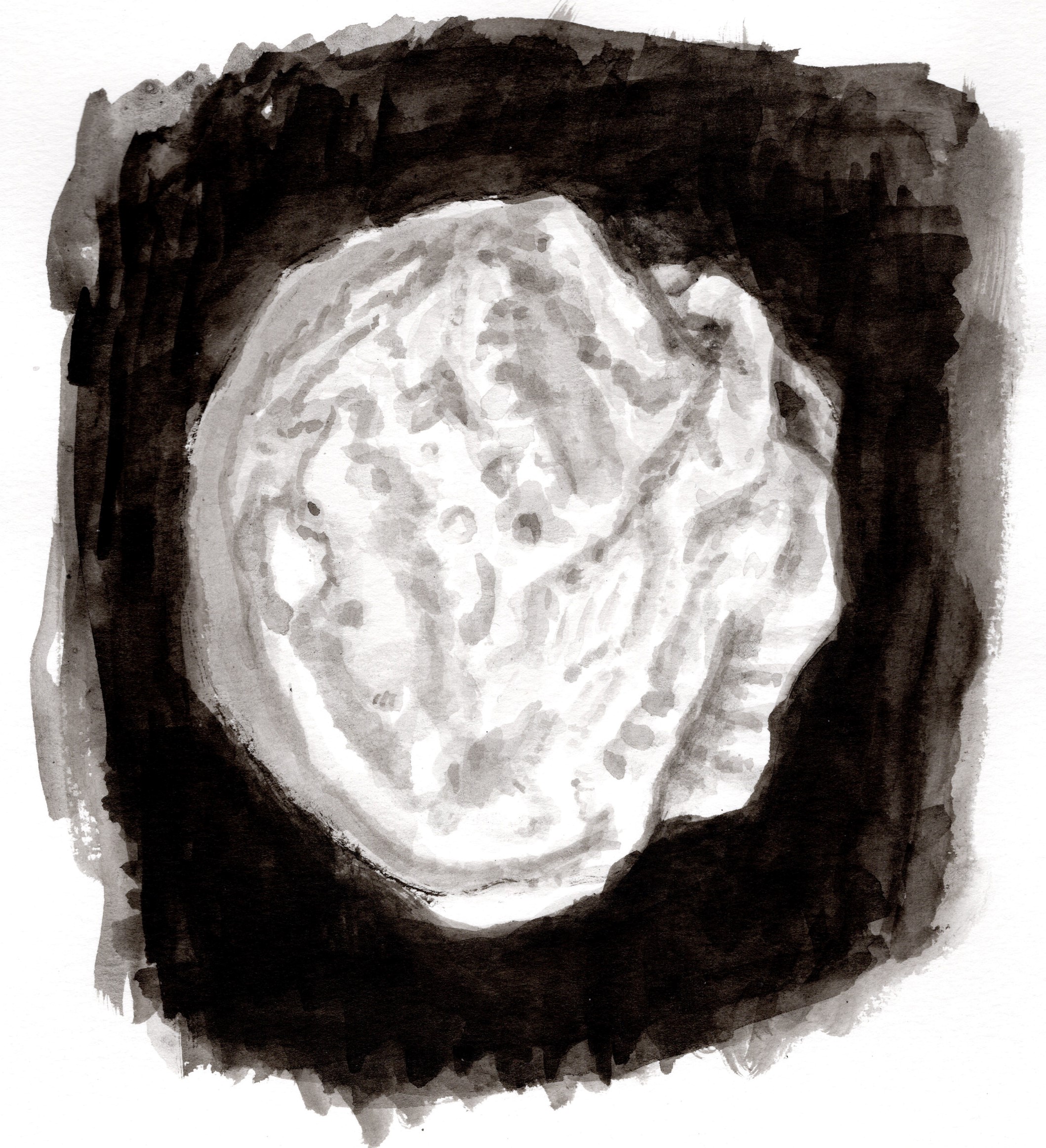 She can not remember where she started. It was somewhere below the crust. Long, thick and clumsy, she skid bumping across the pebbly surface, looking for a hole to slip into, wanting to return home.

The two times she finally made her way into a crevasse, water sprayed up like a volcano, bringing her back to the surface. Cold and harsh and bright and alone.

Her eyes were simple. She could sense only bright light and fields of color. When looking toward the sky everything was deep black or stinging white. All of the time.

When she lived below the crust, it was warm and damp. She was squeezed lovingly by smooth tunnels that she wriggled through. She had three children who followed her and made quiet, echoey, chirping sounds.

Water bubbled softly in the distance always, until it became a rushing sound.

Everything was muffled and a pressure became forceful on the tender insides of her ear flaps. Warm water pushed against her stomach and the bottom of her tail. (It made her pee). She was pushed up. Her back forcefully hit a sharp surface as she quickly rose until jammed against the stabbing rocks of a cave ceiling. Everything happened both quickly and in an endless amount of time.

When the pressure became unbearable, and she was certain her body would collapse or break in two, she was hurled straight up and into bright light. She was floating free, touching nothing, until a force pulled down to the crust in a painful, nauseating belly flop.

It was cold and her damp belly skin cracked and tore on the icy surface as she squirmed.  No more comforting squeezes, just cold and rough and white and black…

She scanned the crust over and over again, looking for a hole leading back to her home.

Pallas was originally discovered in 1802 and was immediately understood as a planet… until 1845 when it was downgraded to the then new term “minor planet”. This mini world is close to a perfect circle, has water ice and possibly liquid deposits with the dirt under its surface that sometimes leak out. It may have at one time had oceans. Anything is possible.

Pallas is now considered both a minor planet and an asteroid.

Pallas is the second asteroid found in the massive asteroid belt that consists of over one million mini worlds. The first was Ceres. These objects orbit the sun in the huge gulf between Mars and Jupiter, a space that 18th century astronomers thought should hold a planet. Instead, over the next two centuries they found millions of worlds. Some are as small as dust particles, some hundreds of miles across. Pallas falls into the second category, nearly 300 miles in diameter.