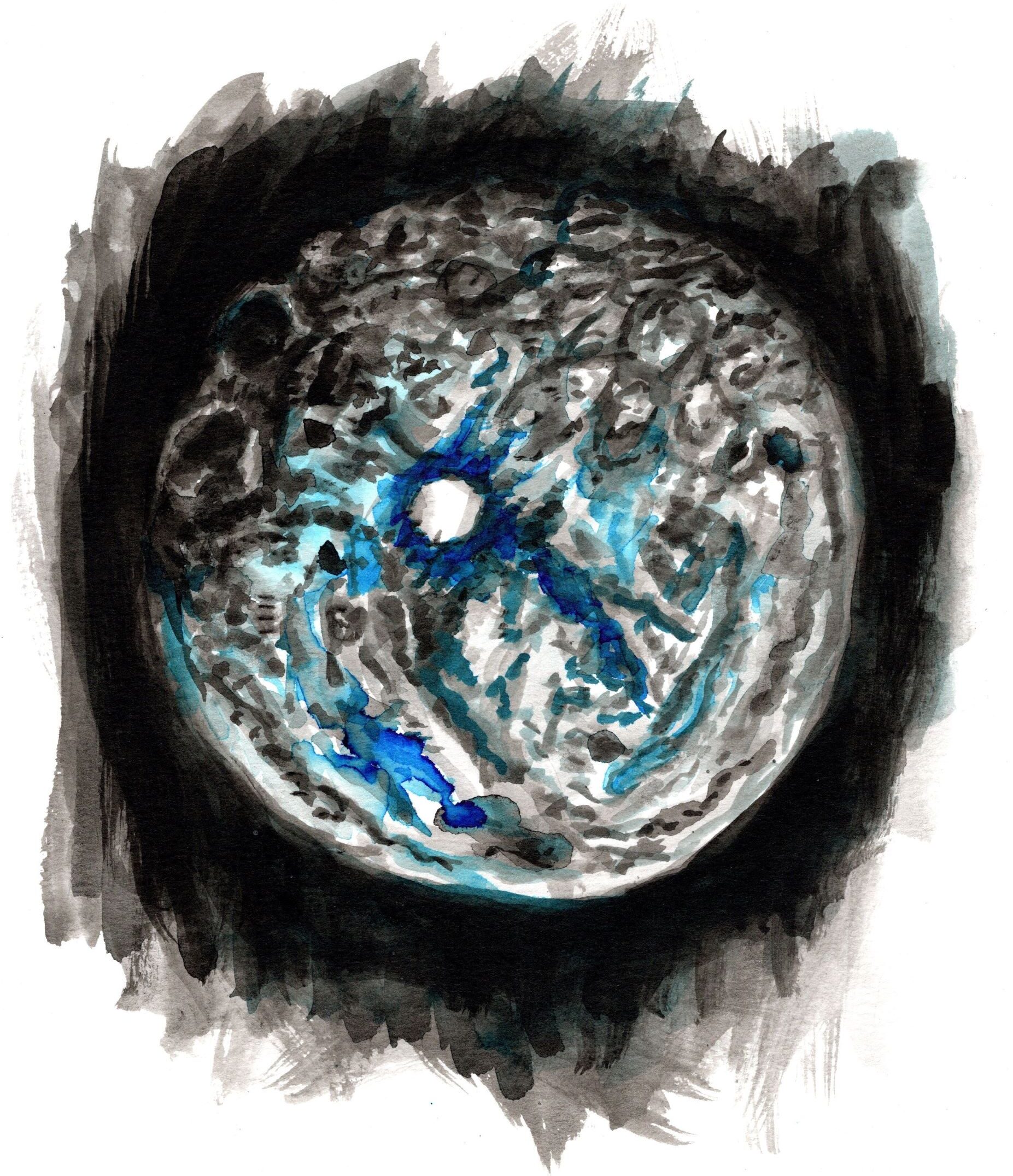 The ground is icy and slippery, with pebbles scattered. The wind is strong and for some reason you are walking unsteadily against it. You are wearing all white including off white leather loafers with scoffed brown leather outsoles. Everything around you is white but the sky, which is deep black but speckled with glowing white dots. The ground is cold enough so that you feel a freezing stab coming through the worn leather bottoms of your shoes. Your breath is moist and cloudy. It creates murky white clouds that grow and dissipate like smoke.  A crystalline bright blue light blinds you in the distance.  Your skin burns and blisters, from frozen blue to pink and red.

You’ve had a series of recurring dreams lately. Over the past few nights, weeks or maybe years, you dreamed that you were underground walking through an enormous and smooth white PVC sewer pipe. You stretch your arms and legs and walk through it like a starfish but standing up. In the distance is a bright blue LED safety light flashing. You walk toward it and a strong smell of plastic overtakes you until your eyes water and you fall unconsciously.

You feel your body sinking slowly. You open your eyes and taste salt on your cracked lips.

As you break through the ice, the blue brine seeps into your mouth, goes up your nose and coats your eyes. “Is this just a dream?”, you think. You can see and breathe just fine and are totally relaxed. You slowly sink into the water. There is no bottom to this ocean to be seen. It is warm and buoyant. You open and close your eyes comfortably and blow salty bubbles out of your nose.

Behind the bubbles are immense swarms of translucent white shrimp. But not shrimp, maybe krill? Or something like them? The krill-like animals move their miniature legs quickly and swim in schools. They form spirals that are reminiscent of DNA strands. It’s beautiful.

Just past the small krill, a huge whale-like animal with bright blue skin swims in circles. It opens its mouth and you feel a pull.

Ceres was the first asteroid to be discovered by human astronomers. It was in 1801 and was instantly tagged as a planet. It wasn’t until later, when many more objects were found in its orbit, were the terms “asteroid” and “minor planet” coined.

This asteroid is notable for its bright spots that appear on the surface, mostly bright white but with blue patches that look like beacons of light. They are probably from the salt that came to the surface from a large briny, ocean-like reservoir underneath.

In 2006, along with Pluto, Ceres was designated a dwarf planet. While small, Ceres makes up about 25% of the mass in the Asteroid belt.